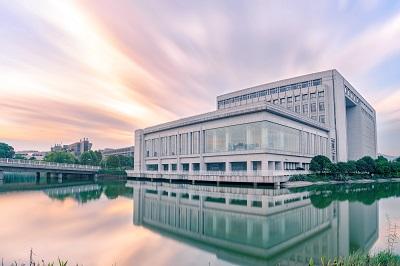 The announcement follows regulatory approval from China’s Ministry of Education of the collaboration which was signed last year. It is expected that 300 students per academic year will be enrolled at the DIICSU.

Students will spend all four years studying in China, being taught by staff from both universities, with the first intake to be welcomed in September 2022.

Wendy Alexander, Vice-Principal (International) at Dundee, said, “Following regulatory approval, I am delighted to announce this agreement forming the Dundee International Institute of Central South University, which is hugely significant for the University of Dundee and marks our commitment to collaborating with the world’s leading academic institutions.

“Working with such an esteemed partner will be mutually beneficial, allowing us to share knowledge and provide our students with an unparalleled learning experience.

“Both of our universities have world-class reputations for our excellence in Engineering and Science and are research intensive institutions. I am excited about the possibilities that this new partnership promises and look forward to welcoming our new students to the DIICSU.”

The University of Dundee already has strong links within China, with this latest agreement making it the only Scottish institution with three Chinese Government-approved Joint Educational Programmes/Institutes (JEP/I) with three Double First Class Universities.  In 2019, Dundee opened a new joint research centre as part of a JEP with North Eastern University, following on from the University’s long-term partnership with Wuhan University.

Central South University is regarded as one of China’s most distinguished seats of learning, having been selected as a Class A university under China's World-Class Universities Initiative in September 2017. Situated in the city of Changsha, in the province of Hunan, CSU was ranked 101th-150th in 2020 in the Academic Ranking of World Universities and 44th in THE’s Asia University Rankings 2021.

Ms Alexander added, “To be the first Scottish university to partner with three of China’s leading universities through a regulated joint partnership with approval from the Ministry of Education is a tremendous honour and testament to the University of Dundee’s international reputation for teaching and research.

“The Dundee International Institute of Central South University opens up the potential for exciting new research collaborations, while our students will benefit from dynamic and joint teaching programmes that will be among the best in their field.”