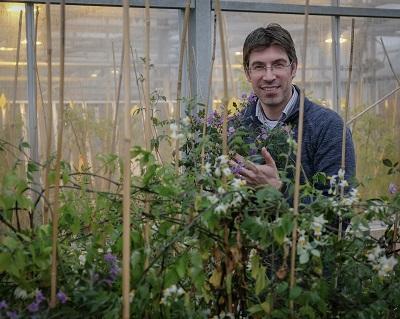 Potatoes have been a staple of Britain’s diet for half a millennium, but new research suggests that limited genetic differences in potato lineages has left British and American spuds vulnerable to the disease that caused the Irish potato famine.

Plant scientists at the University of Dundee and the James Hutton Institute have revealed that commercial potato crops are under constant threat of late blight, the pathogen behind one of Europe’s most devastating famines, but wild potato genes might be the cure.

Dr Ingo Hein, Principal Investigator in plant pathogen co-evolution, says that by using tools his team has developed they could put potato breeders at ease, helping farmers produce fit fritters instead of the frail.

“By using the dRenSeq and PenSeq tools we have developed here in Scotland in collaboration with peers at the Sainsbury Laboratory in Norwich, they are able for the first time ever to track the historical and geographical patterns of resilient genes in American and British potatoes,” said Dr Hein.

“Our preliminary data suggests that the most commercially valuable potato varieties grown in the UK and US contain a maximum of four genes already defeated by the late blight pathogen, P. infestans. Crucially, we have also been able to identify new genes that remain effective against this disease which are not current used in commercial potato production and so by combining these effective genes we can prolong the longevity of individual resistances to the disease and reduce the need for chemical sprays on plants.

“This is highly relevant for breeding as currently the control methods for late blight in most parts of the world are based mainly on the use of chemical sprays which can be environmentally hazardous and expensive.”

Dr Hein has been awarded £625k in funding from the Biotechnology and Biological Sciences Research Council (BBSRC) to continue identifying the more resilient potatoes with industry partners McCain, Greenvale and James Hutton Limited.