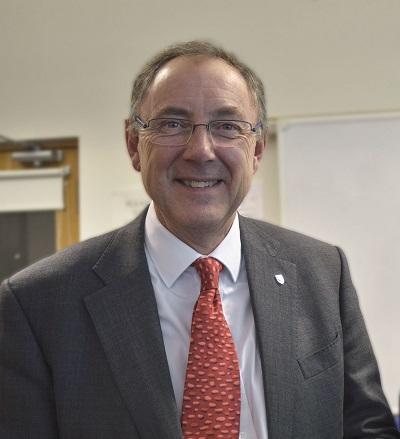 Professor Mark Hector, Dean of the School of Dentistry at the University of Dundee, has been awarded a prestigious Honorary Membership of the International Association of Paediatric Dentistry (IAPD) at its 27th congress in Cancun, Mexico.

This is only the 19th time in the 50-year history of the IAPD that it has awarded an Honorary Membership, the highest honour that can be bestowed on a member.

Professor Hector said, “I am delighted to have received this honour from the IAPD, which represents more than 15,000 dentists around the world.”

Professor Hector was instrumental in securing the future of the Association when he was first appointed to the Board in 1989 as its Secretary/Treasurer, a post he held for nine years. He subsequently became the IAPD Editor for the International Journal for Paediatric Dentistry and then President in 2009-11.

Professor Hector has been Dean of the School of Dentistry since 2011.