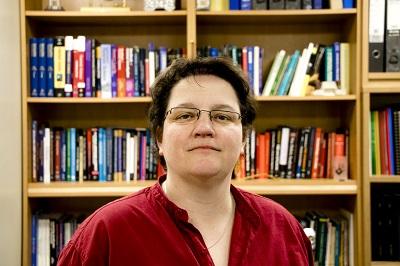 It was a crime that shocked early 20th century society and attracted international coverage – the apparently motiveless killing of an elderly spinster in her home.

Now University of Dundee researchers are to explore one of Scotland’s oldest unsolved murders to demonstrate the vital role of forensic science in modern crime investigations.

A team from the University’s Leverhulme Research Centre for Forensic Science (LRCFS) have produced a new podcast series looking at the murder of Miss Jean Milne, who was killed in her Broughty Ferry mansion in 1912.

The LRCFS team are joined by some of the leading experts in their field to review original witness statements and explore the evidence gathered by detectives at the time for ‘Inside Forensic Science’, a new podcast series. Over the course of six episodes, they will explain how forensic science, in its infancy in 1912, has changed and how it might be used in a modern investigation.

The aim is not to reopen the case but to demonstrate the vital importance of forensic science to the justice system.

Professor Niamh Nic Daeid, Director of LRCFS, said, “We are delighted to work with all of the experts who have contributed their knowledge and expertise to reviewing the tragic case of Jean Milne.  In exploring how science is used in investigations, we can really see some of the advances that have been made but also how some areas of practice have stayed the same even after 100 years. We are indebted to the Adventurous Audio team who have produced for us this fantastic podcast series.”

As well as tapping into the current popularity of true crime stories, Inside Forensic Science will touch upon Scotland’s social history.

Jean Milne was born in Dundee and lived with her brother, a wealthy tobacco manufacturer, in his 23-room Elmgrove mansion. Following his death in 1903, Jean lived in Elmgrove alone and received an annual income worth more than £100,000 in today’s money as part of her inheritance.

At that time, most of Dundee’s citizens lived in crowded and unsanitary tenements while its eastern suburb of Broughty Ferry was said to be home to the greatest concentration of millionaires in the world. The city was fertile ground for various political movements, and Jean was known to have attended suffragette meetings at the time when local supporters were making the life of Winston Churchill, then MP for Dundee, uncomfortable.

She was a regular church goer who donated to many charitable causes and was often referred to as ‘eccentric’, a judgement that appears to have arisen from the standards of the time. She was unmarried and lived alone in two rooms of her sprawling home with few close friends, although it was said she enjoyed the company of “younger men” on her frequent foreign holidays and visits to London.

Her body was discovered at home on November 3 1912 after her postman became concerned by the mail piling up behind her door and called the police. Upon entering the property, officers found Jean’s body at the foot of the main staircase.

Jean had apparently been bludgeoned to death by a poker, while a bloodstained carving fork found nearby had been used to stab the victim. The walls were splattered with blood and Jean’s broken false teeth were scattered across the stairs.

While no money was found in a purse that lay beside the body, nothing else in the home seemed to have been disturbed and the expensive jewellery for which Miss Milne was famous locally was still at the scene.

There was no sign of forced entry, leading to a hypothesis that she had known and possibly invited her attacker into the house. Celebrated Glasgow detective John Trench was drafted in to help local police with their investigation, but no one was ever charged with the offence. A notorious Canadian conman was arrested in London on suspicion of the crime but released when his alibi – that he had been in Antwerp at the time of the murder – checked out.

The murder shocked the country and, as the investigation spread to England and the continent, attracted international media attention.

Inside Forensic Science will explore how forensic science has changed over the past century and detail how developments in the field would assist the investigation if this crime took place today.

The series can be found on Spotify, Podbean, and Google podcasts.

Professor Nic Daeid and colleagues who worked on the podcast will be discussing the case and the history of forensic science at a free online event hosted by the Royal Society of Edinburgh on Thursday 19 August. More information is available here.