Knighthood for Professor Mike Ferguson for service to science 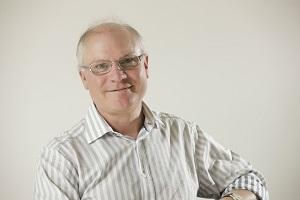 Professor Mike Ferguson, Regius Professor of Life Sciences at the University of Dundee, has received a knighthood in the New Year’s Honours list.

Professor Ferguson has been honoured for his service to science.

“I am thrilled to receive this great honour, but minded immediately that it recognises the efforts of many at the University of Dundee – my home for 30 years and an institution where collaboration and cooperation are truly valued, and where advancing knowledge into solutions is highly-prized,” said Professor Ferguson.

“Together, we have managed to build in Dundee a truly world-class environment for science, and I feel very privileged to have been able to contribute to that.

“I am particularly grateful to my life- and science-partner, Dr Lucia Guther, and my family for support of every kind.”

Professor Ferguson is one of the UK’s most eminent life scientists. He helped build the Drug Discovery Unit in the University’s School of Life Sciences. The DDU has attracted over £75 million of investment and works with international health agencies and pharmaceutical companies to combat diseases such as Chagas’ disease and tuberculosis, including developing an anti-malarial drug now in human trials.

Recently, he contributed to the establishment of the Wellcome Centre for Anti-Infectives Research. In 2012 he became a Director of the Medicines for Malaria Venture, supporting their mission to eliminate malaria.

His collaboration with the Foundation for Innovative New Diagnostics (Switzerland) led to a new rapid diagnostic test for human trypanosomiasis (sleeping sickness) that should contribute to disease elimination.

He has supported new start-up businesses that are driving the economic future of the Dundee city region and co-led a successful bid in the Tay Cities Deal to Grow the Tayside Biomedical Cluster.

In 2012 he was appointed a Governor of the Wellcome Trust, becoming Deputy Chair in 2017.

Professor Sir Pete Downes, Principal of the University and another of Dundee’s `knights of science’, said, “This is a richly deserved honour for Mike, who has made a tremendous contribution to our understanding of major diseases. Very few of the world’s top scientists translate the fruits of their own research to deliver impact which transforms lives.

“Mike Ferguson has done more than that; he has created a sector-leading drug discovery unit developing new treatments for some of the world’s most neglected diseases.”

Baroness Manningham-Buller, Chair of Wellcome’s Board of Governors, said, “Beside his substantial work at the University of Dundee, Mike has been an outstanding Governor of Wellcome. He became my deputy as Chair of the Board of Governors a year ago and I, and many others at Wellcome, are very grateful for his wise challenges, his expectation of high standards of work, and his kindness and humour.”

For more on this article: www.dundee.ac.uk/news @University of Dundee