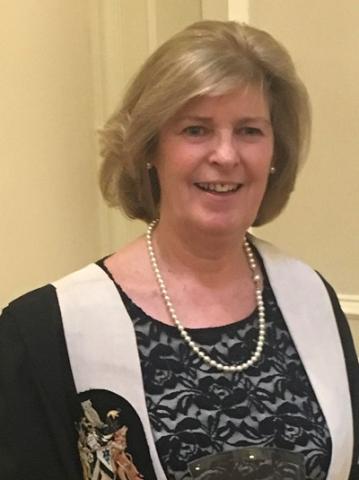 Two University of Dundee academics have been recognised in this year’s Queen’s Birthday Honours list.

Mary Renfrew, Professor Emerita at the University of Dundee’s School of Health Sciences, has been named an OBE for her services to midwifery, while Dr Elaine McNaughton, MBChB Integrated Teacher in the School of Medicine, has been made an MBE for services to General Practice and GP Training in Scotland.

Professor Renfrew’s career has seen her undertake ground-breaking research into infant health and maternity care, work that has subsequently helped to shape modern day care for mothers and newborns in the UK and internationally.

“It is a great honour to be named an OBE in the Queen’s Birthday Honours list,” said Mary.

“Helping to increase our understanding of the early days of life for newborns and their parents has always been a huge motivation.  It is an incredibly special time and it has been a great source of joy to have made a difference to women, babies and families starting their lives together.

“My research has always involved collaborations with hugely talented individuals and institutions, and I would like to thank all of my colleagues and collaborators who have worked with me.”

Mary’s career has spanned 40 years, focusing on maternal and infant health, midwifery and infant feeding. This has included work to reduce the impact of social and health inequalities, working with bodies such as Unicef, the World Health Organisation, and the National Institute for Health Research. Her multidisciplinary collaborations and research have influenced public health policy and midwifery practice both nationally and internationally. She also acted as Lead Adviser to the UK Nursing and Midwifery Council to develop the regulator’s radical new standards for midwives, thereby shaping the practice for all midwives and students.

Dr McNaughton graduated from the University of Dundee in 1981 and retired last year as Senior Partner at Carnoustie Medical Group after 35 years with the practice. She still works as an occasional sessional GP, while pursuing a long-standing interest in medical education.

She said, “It was an enormous surprise to receive this honour and totally unexpected.

“This award very much recognises the outstanding, hard work of all my GP colleagues. I hope the award can inspire more medical students to move into general practice, particularly at a time when general practice and the wider NHS face such huge challenges.

“I extend my sincere thanks to all the teams of colleagues I have been lucky to work with over so many years, and without whom our developments in clinical practice and improvements in the GP training experience could not have been achieved. It is for them too that I humbly receive this award in what has been an enormously rewarding career.”

In addition to working at her practice, and her contribution to clinical service developments, including support for mental health, Dr McNaughton was an influential figure in the field of GP training in Scotland for more than 20 years. She worked as GP Training Programme Director and GP Associate Advisor with NHS Education Scotland and was an Honorary Senior Clinical Teacher at the University’s School of Medicine. Dr McNaughton has contributed to published research on methods of supporting effective feedback for trainee doctors and enhancing significant event analysis for both trainees and clinicians. She also developed and implemented an innovative practice-based GP training programme commended by the GMC.

She was Chair and Provost of the East Scotland faculty of the Royal College of General Practitioners (RCGP) and was appointed Deputy Chair of RCGP Scotland, representing General Practice across a wide range of policy developments in Scotland. She received the RCGP Scotland Alastair Donald Award for outstanding achievement in the areas of service delivery, education, research and a wider contribution to society.