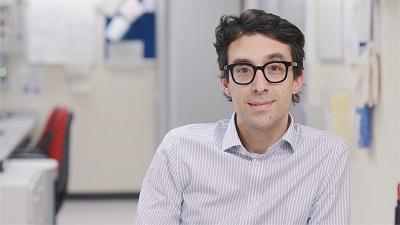 A deep brain ultrasound treatment that can transform the quality of life for people with uncontrollable tremors has been made available in Scotland for the first time following a University of Dundee fundraising campaign.

The non-invasive procedure takes a matter of hours and can help restore control of movement to an individual’s hands that they may not have experienced for decades. The treatment has established itself as effective in the treatment of essential tremor. Initial research suggests it may also have a role in treating the symptoms of Parkinson’s disease.

Ian Sharp, 66, from Dufftown, Moray, is among the first people in Scotland to be treated by the technology at Ninewells Hospital in Dundee. After first experiencing vibrations in his hands in his early thirties, he was eventually diagnosed with essential tremor more than a decade later.

“I feel incredibly lucky,” he said. “I know this treatment could potentially change my life.

“I’ve always been a keen fisherman, but it became increasingly hard to tie the flies to the point I can no longer do them for myself. My wife and I also run a bed and breakfast, but I can no longer serve our guests because of my tremor.

“I have had to learn to integrate my tremor into my life. I have tried not to let it affect me too much, but the thought of being totally independent, without having to use any aids to do things like cook, is just incredible.”

The University’s fundraising campaign was launched with the aim of raising the funds required to purchase the MRgFUS technology.  As one of the world’s leading centres for research into Parkinson’s disease, the University will utilise the technology to support clinical research trials.

Essential tremor is a chronic neurological condition, with faulty circuits in the thalamus, a small area at the base of the brain, predominantly prompting involuntary movements in the hands and arms.

Previously, invasive surgery was required to mitigate severe tremors, but MRgFUS utilises high-intensity focused ultrasound to disrupt the faulty electrical circuits in the brain which cause the tremors.

Dr Tom Gilbertson, Consultant Neurologist and Honorary Senior Lecturer within Dundee’s School of Medicine, said, “This treatment can have a transformative effect on a person’s quality of life.

“It is fantastic to be able to offer this treatment to patients in Scotland. This is a huge achievement and I have to express my gratitude to the fundraisers who have helped to make this happen.

“We are bringing a standard of care to Scotland that is comparable with the best available anywhere in the world.

“Any previous treatment would have required an invasive procedure, something that not all patients are fit enough to undertake This is a significant change and a healthcare revolution for Scottish patients.”

Dr Prasad Guntur, Consultant Radiologist and Co-Director of the School of Medicine’s Clinical Research Imaging Facility (CRIF), where the treatment is provided, said, “This new, innovative treatment is life changing for these patients. It has been achieved with the help of significant collaborative efforts of numerous teams from NHS Tayside and the University of Dundee for the benefit of patients.

“The addition of this cutting-edge technology is another major event to celebrate.”