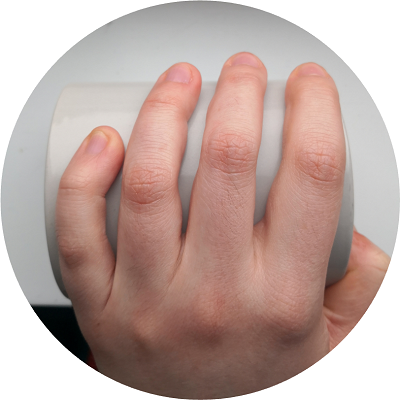 Researchers at the Leverhulme Research Centre for Forensic Science at the University of Dundee are using their new app, Knuckle Down ID, allowing members of the public to assist in research on human identification using just their knuckle creases.

Knuckle Down ID is a Citizen Science project developed as a part of the research undertaken by PhD student, Lilly Dan. The app aims to create a database using Artificial Intelligence algorithms to identify people through their knuckle creases.

Knuckle creases are an increasingly prevalent biometric used in forensic science and could have a significant impact in assisting police to link suspects to crimes from images of their hands alone.

This project will need the help of 2000 citizen scientists to contribute anonymous images of their hands taken using the Knuckle Down ID app. The app is available in Android and iOS app stores.

PhD student, Lilly Dan said, “Both the database created through Knuckle Down ID and the findings of this research will be informative for researchers and forensic science professionals.

“It will help establish which aspects of knuckle creases remain consistent when a finger is bent in different positions.

“I hope at end of the research to have an algorithm that can assess an individual’s knuckle crease patterns consistently when their hands are captured multiple times with their fingers at different degrees of finger bending.

“If the Citizen Science image collection undertaken by H-Unique last year hadn’t been such a success, I doubt we would have been so ambitious with the development of Knuckle Down ID.”

Lilly’s research was inspired by the pioneering work done by Dame Professor Sue Black during her time with the University of Dundee to develop the H-Unique programme. This programme worked to discover whether our hands are truly unique by looking at anatomical differences caused by development, genetics, ageing, the environment and even accidents. The prime motivation for this kind of research, is to contribute to the larger goal of assisting police to link suspects to crimes from images of their hands.

The app, which takes around 20 minutes to use, provides clear instructions on how to take and upload the images that the researchers need.

Those images will then be sent anonymously to the research team and used as part of a database for developing the knuckle crease comparison algorithms. The images are not shared with any external agencies and will be destroyed at the end of the research project.

More information about the project is available on the webpage.