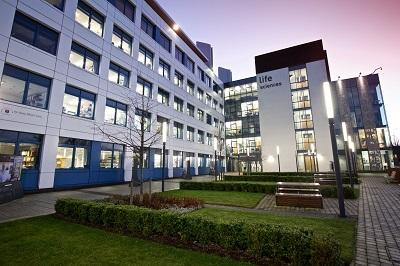 Six University of Dundee researchers have been named on a “who’s who” list of the world’s most influential academics.

Four experts from the University’s School of Life Sciences, and a further two from the School of Medicine, have been named in Clarivate’s Highly Cited Researchers 2020 list.

The highly anticipated annual list identifies researchers who have demonstrated significant influence in their chosen field or fields through the publication of multiple highly cited papers during the last decade. Their names are drawn from the publications that rank in the top 1% by citations for field and publication year in the Web of Science citation index.

The methodology that determines the list of influential researchers draws on the data and analysis performed by bibliometric experts and data scientists at the Institute for Scientific Information at Clarivate. It also uses the tallies to identify the countries and research institutions where these scientific elite are based.

The Dundee academics named in the prestigious list are:

“This University has always championed ground-breaking research and to have so many of our experts named in this list demonstrates just how vital such work is to the global scientific community. Our experts join those from some of the world’s prestigious international institutions and this is something that everybody associated with the University can be rightfully proud about.

“In addition to these research stars, the University has many others whose excellence is defined in different ways.”

David Pendlebury, Senior Citation Analyst at the Institute for Scientific Information at Clarivate, said, “In the race for knowledge, it is human capital that is fundamental and this list identifies and celebrates exceptional individual researchers at the University of Dundee who are having a great impact on the research community as measured by the rate at which their work is being cited by others.”