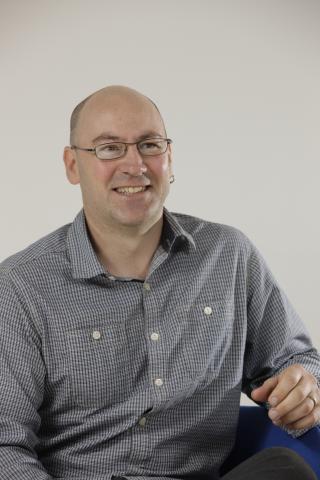 The University of Dundee’s Professor David Horn has received a prestigious award in recognition of his contribution to global efforts to overcome the disease known as African sleeping sickness. Professor Horn, based at the University’s School of Life Sciences, was presented with the William Trager Award at a meeting of the American Society of Tropical Medicine and Hygiene (ASTMH) in National Harbor, near Washington DC.The award recognises specific breakthroughs in basic parasitology that unlocked completely new areas of work and is given by the organisation’s parasitology subgroup, the American Committee of Molecular, Cellular and Immunoparasitology (ACMCIP). The subgroup’s executive committee hailed Professor Horn’s “transformative work, significant for both its fundamental and translational impact”. Sleeping sickness, or Human African Trypanosomiasis (HAT), is caused by parasites transmitted by tsetse flies in sub-Saharan Africa and has a devastating impact, causing thousands of deaths each year.Professor Horn’s research aims to understand the genetics and molecular biology of parasites that cause tropical diseases such as African sleeping sickness, Chagas’ disease and leishmaniasis. These neglected tropical diseases affect millions of the world's poorest people.“I’m truly grateful to the ASTMH and honoured to receive the William Trager award,” said Professor Horn. “William Trager is best known for his pioneering work developing transformative culture methods, which had a huge impact by making malaria parasites experimentally accessible and tractable, so for any parasitologist to win an award bearing his name is humbling.“New methods, technologies and approaches continually emerge from the parasitology research community and this clearly helps keep the field dynamic and competitive. Given my specific interests in molecular genetics, it’s been great to have seen how a range of high-throughput genetic and phenotypic screens continue to yield novel insights.”William Trager was an eminent American parasitologist and past President of ASTMH, best known for developing a culture system for malaria parasites. The award honours his legacy and recognises scientists who have made substantial contributions in the field of basic parasitology. The ASTMH was founded in 1903 and is the largest international scientific organisation of experts dedicated to reducing the worldwide burden of tropical infectious diseases and improving global health.David Horn is Professor of Parasite Molecular Biology at the University. He worked at Rockefeller University, the institution where William Trager made his most famous discovery, as a postdoctoral researcher from 1993-1997. He subsequently established and built an independent research team at the London School of Hygiene and Tropical Medicine, before moving to Dundee in 2013.His work on African trypanosomes has led to new insights into gene expression control, antigenic variation, drug delivery strategies and drug efficacy and resistance.